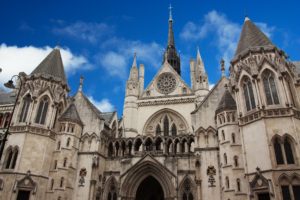 Many defendants feel a sense of the nightmare coming to an end once they have been sentenced.  They accept the outcome  and the sentence passed. They prepare to move on with their lives.

But for some, the anguish is not over as the prosecution can appeal.

The Attorney General (and Solicitor General) can apply for leave to appeal sentences for some serious offences to the Court of Appeal if they believe a sentence  is ‘unduly lenient’.

The Attorney General may become aware of the case because the prosecution has asked for it to be considered, or because any other person has brought it to their attention.

What offences does this apply to?

There is a long list of offences which may be referred for consideration.

The list includes any indictable only offence, for example, murder and robbery.  A range of offences, sentenced in the Crown Court, including for violence, sexual offences, drugs, immigration, slavery and trafficking. Also  a range of terrorism offences.

Is there a time limit?

The prosecution must file a notice of  appeal no later than 28 days after the sentencing hearing. There is no power to extend this limit.

What happens if there Is an appeal?

A summary of the procedure is as follows:

What is an unduly lenient sentence?

It is not easy to spot such a sentence, as the sentencing exercise is always fact specific. Where there are sentencing guidelines in place it may be easier to identify unduly lenient sentences, but not always. The task is often much more difficult when there are no guidelines, or there is particularly powerful or unusual mitigation.

What does unduly lenient mean?

‘A sentence is unduly lenient where it falls outside the range of sentences which the judge, applying his mind to all the relevant factors, could reasonably consider appropriate.’

What happens if a sentence is found to be unduly lenient?

Where the Court considers the sentence unduly lenient, it has a discretion as to whether to increase it or leave it unchanged. If it appears  that the sentence can be justified as appropriate it will not be increased. The court may also decline to increase a sentence if  it would be unfair to the offender or  to others for whose well-being the court ought to be concerned. This might include children or other family members.

How likely is it that my sentence will be increased?

Government statistics show that there were 191 referrals accepted last year. In 48  cases the court decided not to increase the sentence. Suspended sentences were found to be too lenient in 37 cases. This was probably a result of the court concluding that the offence justified a prison term of more than 2 years. Sentences over 2 years cannot be suspended.

What sort of sentence increases were made on appeal. How likely is it?

It is very hard to say as the range of offences considered was wide. You can look at the full details of each case here. You will see from the details that in some violent offences the sentence was doubled from 4 years to 8 years, or extended from 10 years to 16 years. Other cases were increased from 2 to 3 years. According to Court data  there were about 100,000 crown court trials in 2016 so the percentage chance of the case ending up referred is a small fraction of 1%. Still if it happens to you then you and your family will want to fight your corner as well as you can.

After sentencing, your legal team should give you a preliminary indication as to whether your sentence is likely or not to be appealed, but remember that ultimately, they have no control over this part of the process.

If you are unfortunate enough to have your sentence appealed as unduly lenient then retaining experience solicitors to help in addressing the issues and the court can be vital.  A great deal of work can be done to prepare a case for this next stage. Thorough preparation can make all the difference. The difference between a sentence being increased and not.

If you are concerned about any aspect of criminal law or sentencing, then do not hesitate to contact our criminal law and sentencing expert Keith Hollywood on 02089868336 or use the contact form below.