However Ms G stated that she was not guilty. She agreed that her friend did stay with her occasionally but their relationship had been on and off for years. He would beat her up.  As a result she said that she did not even consider reporting his stays. As far as she was concerned he was a violent person. He brought nothing to the household. He had been repeatedly arrested for assaulting her. Consequently they were not living together.

We prepared a detailed and carefully drafted defence statement based on our clients instructions. We requested disclosure from social services and police records. This was because we wanted to know when our client’s  partner was on bail. We believed that he had had bail conditions not to contact her.

The prosecution collected information as requested. Thereafter the case was  reviewed.  They agreed to offer no evidence. As  a result our client pleaded Not Guilty and was discharged. The Judge praised the work we had put in. Finally the DWP could not  claim  the benefit back.

The key to this case was that the defendant and her occasional partner were not living together as man and wife. This was because she had suffered serial abuse. Also they only spent time together now and then. As a result of our defence statement the prosecution had to investigate the issues we raised. Consequently the prosecution failed.  We have other similar cases . In these the defendant lived in the same premises as their partner. However because they had separate households, they could not be said to be living together 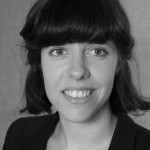