You can succeed to your parents council tenancy

We are often asked if the son or daughter of a council tenant can succeed to their parent’s council tenancy when they die. Succession cases can be difficult but the answer is that a family member can succeed providing:

Client wants to succeed to her childhood home

As an adult our client had lived in private rented accommodation. Unfortunately, her mother was diagnosed with cancer in 2015 and the client decided that she was going to move back in to care for her. Accordingly, the client moved back in February 2016. After a few months the client’s mother sadly died. The client asked to succeed to the tenancy.

The London Borough of Hackney refused claiming that the client had not occupied the premises as her main or principal home. In support of this they pointed out that:

The client’s instructions were that she slept at her mother’s premises every day during her illness. She said that in the year before her mother died, she would only visit her own flat to feed her cats and see her partner.

Hackney had obtained a possession order at the first hearing before Moss & Co were instructed. This was because the client had been unable to attend as she was in hospital. Moss & Co made an emergency application to set aside the Possession Order. The application was successful because the client had a good reason for not being at the hearing. The case was adjourned for trial.

Moss & Co took prepared the case for trial. They took a detailed statement from the client as well as statements from neighbours who confirmed that the client had indeed moved back in to live with her mother. Moss & Co instructed expert counsel who advised that on the facts the client was entitled to succesion of the property.

At the trial the judge heard witnesses from the London Borough of Hackney, from the client and also the witnesses Moss & Co had interviewed. The court found that the client had resided with her mother for a year prior to her mother passing away. Therefore, she was entitled to succeed to the tenancy. The possession claim was dismissed. Costs were awarded against the council. 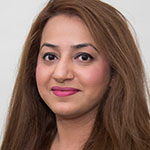