A benefit fraud case where we really made a difference.

No benefit fraud case is the same yet all cases are similar. That is why benefit fraud expertise is transferable between cases. Why the strategies we use to achieve the very best result are never the same but always founded on the same principles:

Our client was middle-aged man who had been on benefits for years. Since childhood he had been affected by a need to achieve perfection in everything he did. This had so disabled him that he was unable to hold down employment or a relationship.

Unfortunately, our clients need to achieve perfection also extended to his expenditure. Perfection for him was to spend a little as possible. He was successful in that out of his weekly benefits payments he only spent a small fraction. The balance accumulated in his accounts.

Claimants in receipt of means tested benefits lose a proportion of their benefit once their capital exceeds a certain amount. Over about 7 years out client’s capital grew and grew until it exceeded the capital limit. For a person on benefits to save substantial sums is rare. Our client had no appreciation that the sums saved out of his benefits meant that he would not be entitled to full benefit (or any). He was engaged in pursuit of his perfect objective – to save money. Nothing else mattered. He certainly did not believe that he was committing benefit fraud.

The DWP became aware of his savings and called him in for a benefit fraud  interview under caution. Another firm represented him at that stage, but he soon realised he needed specialist expert advice and called in Keith Hollywood.

The DWP claimed an overpayment of £17,000. They had decided to prosecute because of the size of the sum. The DWP had already instructed the CPS to prepare charges.

Keith set about preparing and collecting evidence to use both in an attempt to persuade the DWP not to prosecute and, if they did, to defend the case. He obtained psychiatric evidence and a GP’s report. He analysed the bank statements to show that the capital increased ever so slowly over a long period of time. This was consistent with it deriving from saved benefits. Most importantly he wrote to the DWP. It is worth getting flavour of our submissions on public interest and sufficiency of the evidence set out in our letter (our clients name has of course been changed):

“Sufficiency of the Evidence

Whilst we did not represent Mr Everyman in the first interview, we have had sight of the interview transcript and the full account given. In a nutshell, the capital falling foul of the rules is accumulated benefits he has saved,  which he had not appreciated effected his benefit entitlement. This is not therefore a case where he had acquired the capital from a third party. It cannot be said that capital accumulated in this way, “saved benefits”, would or should be obvious to the claimant as to the effect on their benefits and resultant obligation to declare. Is there a realistic prospect that a court would find that Mr Everyman acted dishonestly? We submit not.

Mr Everyman has suffered from severe chronic obsessive-compulsive disorder since childhood, as confirmed in the enclosed letter from consultant psychiatrist.

The saving of his benefits and the opening of accounts and transfer of monies between accounts often to avail of introductory offers and to maximise interest rates is a symptom of his OCD.

His hoarding problem caused by his OCD causes an irrational fear of spending money and therefore adding unnecessarily to the large amount of clutter presently in his home.  He is unable to spend money in a manner similar to a person without such a functional limitation. In other words, had he spent his benefits, he would not now find himself in this trouble, yet because of his carefulness with money caused by a long-standing psychological problem he is at risk of prosecution and punishment. How can this be said to be in the public interest.”

The letter went on to set out other proposals to resolve the matter. At first the DWP responded by saying that there was no question of withdrawing the decision to charge as the sum overpaid was over 3 times the maximum amount that would usually be dealt with by a simple repayment and administrative penalty.

We arranged for a senior psychiatrist to see our client at our offices. The report confirmed our submissions once more and after further communications our client was told that he was no longer under investigation for benefit fraud. He was not even required to submit to an administrative penalty. 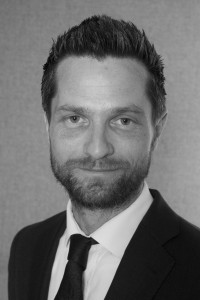