Benefit Fraud – the importance of repayment in public interest submissions

Our client received a notice recommending prosecution in respect of claims for Housing and Council Tax Benefit and for claims in respect of Income Support and Job Seekers Allowance. The overpayments referenced a long period and totalled about £50,000.

The allegation is that throughout all this time our client had been living with their partner at an address outside London. Their partner was in well paid employment. As a result, according to the DWP our client was not entitled to the benefits they had claimed.

Before we were instructed our client was interviewed about these allegations. The record of interview referred to extensive evidence which the DWP and local authority said showed that our client was in fact living as a couple for the whole period. They further claimed that a joint bank account, significant earnings, travel together and use of a bank card outside London was evidence that they were living as husband and wife.

The DWP pointed to evidence of registration with medical and other services outside London and numerous other ties to that address. Our client denied the allegations in interview.

We were instructed to do all we could to avoid this benefit fraud case going to court. This request was complicated and made more difficult by the fact that a decision had already been taken to prosecute.

Our strategy was to try and persuade the client and then the prosecutor that repayment in full of the overpaid sums would be a significant criterion affecting the public interest test. That if we could show there was no loss to the state then the public interest in prosecuting would be reduced. Further there were several personal issues such as loss of employment and the effect of custody on the wellbeing of dependents.

Our client made the appropriate arrangements and we made carefully drafted representations that successfully persuaded the DWP that the case should be discontinued.

This was an excellent outcome in a case where the sentencing guidelines  indicate the high likelihood of an immediate prison term. 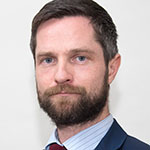