This difficult case centred on an alleged drug dealing business in Essex. It was alleged that the nine defendants had conspired in the persistent supply of large quantities of both heroin and cocaine. The police had kept surveillance for nearly twelve months and concluded their investigation with a series of raids and arrests including our client.

It was alleged that couriers were used to operate a delivery service in response to telephone orders and on several occasions an undercover officer was supplied with drugs.

Our client was arrested with three others at an address where drugs were recovered together with scales, razors and wrapping material which the crown said indicated involvement in supply. Initial downloads of seized mobile phones showed the group texting and messaging about drugs.

Our clients defence was that although he knew his co-defendants he was not part of any conspiracy and had simply been asleep at a house party in East London when the police raided the premises. He said that other people often used his phone if they had no credit and that any calls linking him to the conspiracy were explained in this way.

Moss & Co attended the police station when after receiving disclosure it was decided that a prepared statement would be given denying any involvement and that thereafter no further comment would be made.

We prepared the case in great detail, preparing extensive analysis and  schedules of the telephone evidence to demonstrate our client’s relative lack of involvement with his co-defendants and that any contact was of a social nature.

A trial was held lasting in all some 7 weeks.  One of our very experienced higher courts advocates represented the defendant who was acquitted of all charges. 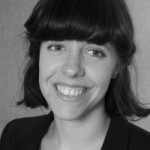