Moss & Co acted for the Landlord who owned a property in East London.  The house was unoccupied as repair works were being done whilst the landlord was away.  Upon his return to the UK the Claimant discovered that squatters had taken over the premises. They were demanding “money to leave” and had caused some damage in that they had painted the entire front of the house red. They also produced a fictitious tenancy agreement as evidence of their right to stay in the premises.

Moss and Co were instructed and applied at once to the County Court for an Interim Possession Order based on the fact that the premises was not at that time let out to anyone, and that as such these people were trespassing. The Possession Order was obtained without any difficulty and was served. The trespassers left.

Note: Squatting can be a professional landlords nightmare. It is not uncommon for squatters to produce a false tenancy agreement. Even though the legislation making squatting in any residential property a criminal offence had recently come into force, the Police said that because of the so called “ tenancy agreement” this was a civil matter.  Our swift action reduced costs as did our serving  the orders and pleadings on the squatters ourselves. We made good use of our links with Counsel’s chambers specialising in landlord and tenant law to obtain very good value hearing fees. 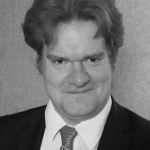 Jon Stock did this case