Client not intentionally homeless after leaving flat in disrepair

The client made a Homelessness Application but the Council stated that the client made herself intentionally homeless and therefore they do not have a duty to accommodate her.

Our client and her children had been living in rented accommodation which was in a serious state of disrepair. This was having a bad effect on her and her children’s health and included:

The landlord had promised to move her but did nothing. The problems were so bad that she moved out of the rented accommodation and in with her parents. She stayed with her parents for 5 months however the premises were so seriously overcrowded that it was not possible for her to remain and she applied to the council for housing.

To be considered as homeless our client would have to satisfy the following criteria:

We advised that she satisfied all the above but the council refused her application on the grounds that she had left her rented flat, which they considered her last settled accommodation, voluntarily. They said she had therefore made herself intentionally homeless. We advised her that we would argue that her last settled accommodation was her parents’ house and that she had to leave that as it was overcrowded. 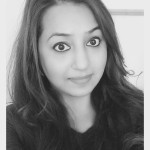 Parveen Akhar did this case. She is a housing law specialist.