Moss & Co, criminal law solicitors, acted for CG at the Old Bailey who has just been acquitted of Murder. The allegation was that the defendant has been involved in the robbery of a BMW motor car as a result of which the owner had been stabbed to death.  Our client’s case was that he had driven the car away but did not know that it was the proceeds of a robbery or that any violence was anticipated. The defendant was represented by Icah Peart QC leading George Gross of Moss & Co. The trial lasted six weeks. The jury returned verdicts of Not Guilty to Murder, Not Guilty to Manslaughter but guilty of robbery. 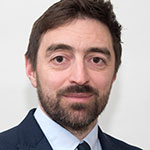 This cased was conducted by Jamie Ritchie