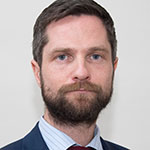 Our client received a Notice of Intended Prosecution for DLA and PIP Benefit Fraud.  They lived in a major northern town and received Disability Living Allowance (DLA) from 2012. Later benefit payments were converted to Personal Independence Payment (PIP). They received benefits for both mobility and personal care. In late 2015 an anonymous informant told the DWP that our client was not entitled to benefits because they were  not disabled. It seems likely that the allegation came from a disgruntled relative who our client had accused of a serious criminal offence.

The DWP started surveillance over a year later.  They collected video and eyewitness evidence that our client was an active gym member, could walk unaided, carry bags, run and even touch their toes when limbering up. They recorded 60 visits to the gym. The DWP issued a notice of overpayment for nearly £12,000 and asked our client to come in for an interview under caution.

Our client attended the interview accompanied by local solicitors. Unwisely she answered questions in interview. The account being that the person being watched was not her but a relative. This account did not hold up under examination. Shortly afterwards our client received a Notice of Intended Prosecution. Although our client lived many hundreds of miles away, they decided to instruct Keith Hollywood of Moss & Co on a private basis  as he is an acknowledged expert in both criminal and benefits matters. Instruction were taken by video link and documents sent by e-mail.

Keith looked at all the documents and spoke at length to the client.  He advised that this was a case where it was most likely that the client would be charged. This was because it seemed firstly that there was enough evidence and secondly that it was in the public interest to prosecute.  The CPS must be satisfied that these two tests are met before authorising a summons.  We have written elsewhere about the anatomy of a Fraud Investigation.

Keith detected a glimmer of hope. This rested on the fact that the DWP only had admissible evidence that our client had been physically active since 2017. The informant was either anonymous or would not give a statement. The significance of this is that the basis of the DWPs case was that our client had failed to report a change in her circumstances. Namely, that her condition had improved such that she was no longer in need of the benefits awarded.  Further that she had done this dishonestly. If they could not prove an earlier change in her circumstances, they were only entitled to reclaim benefits from the date they had evidence. This represented about 6 months in total and a sum of about £3000.  By reducing the sum dishonestly obtained the arguments against prosecuting increase. By challenging the facts, the sufficiency of the evidence decreases.

Representations on Notice of Intended Prosecution

There was evidence that our client had been suffering from physical and mental disability during the period from 2102 to 2017. A medical report from a consultant set out her problems. However, although progress had been made more was needed.  The DWP had invested considerable resources in the investigation and would not give in easily. The most obvious approach was to make representations to the DWP that they should not refer the matter to the CPS. The basis of these representations would be fivefold:

Keith sent off the letter with a request that, should the DWP decide to refer the case to the CPS that his representations should be attached to the front of the file. The notice of prosecution was withdrawn shortly thereafter. Our client then received written confirmation from the DWP that they were no longer under investigation.

It is very important that claimants  who have received a Notice of Intended Prosecution or are under investigation for benefit fraud use a solicitor who knows both the benefits regulations and criminal law. The key to this case was  a thorough forensic examination of the documents  thereby undermining the DWP’s ability to prove that our client’s disability had improved at an earlier date.