Mr A was charged with benefit fraud contrary to s112a of the Social Security administration act. This offence can only be tried in the Magistrates Court. He was accused of working whilst claiming Pension Credit. Mr A had lived in the UK since 1969 when he moved to the UK. He had no previous convictions.

One day our client was going about his then daily work as a cab driver when he was stopped for a routine police check. The police had DWP staff with them. Its seems that there was a joint operation to stop drivers to see if they were claiming benefits whilst working. Our client denied any wrong doing. His case was that since claiming Pension Credit on reaching sixty he had always kept the DWP informed of his work through phone calls and by letters written by members of his family. He did not speak or write English well and had health problems. He was not guilty of Benefit fraud.

He instructed Moss & Co to defended him.  We obtained medical evidence and records from his employer to support his account. We carefully examined the DWP file which did disclose evidence of letters and phone calls. On the day of trial the prosecution were unable to proceed and our client was formally found not guilty.

It is interesting to note that the DWP are accompanying police officers on road traffic stops to see if drivers are claiming benefits and working. The number of Benefit Fraud prosecutions is certainly rising and some commentators even say that for those with irregular or fraudulent claims it is not a matter of if but when they are detected.  Legal representation is important in these cases as the regulations are complex and the prosecution do not have to show dishonesty to secure a conviction. 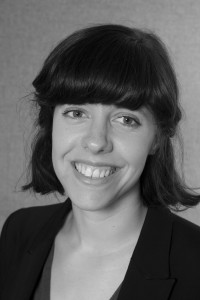 Laura O’Brien did this case