Our client faced eviction from his council flat. The council claimed that he had sublet the whole of the property and had thereby breached his tenancy agreement and that they were entitled to possession.

Our client told a different story. He said he was a vulnerable adult with major neurological damage and alcohol and drug related problems.  He had been a secure tenant of his one-bedroom Hackney Council flat for over 20 years.  He said he began allowing a lady to stay with him as he felt sorry for her and her child.

Over time the lady took over the property by throwing out our client’s possessions and replacing them with her own. Our client protested and kept asking her to move out but found it difficult to see it  through because of his problems. The lady kept saying she would move out but did not and eventually barred him from the flat.

Our client did not take any money from his unwanted guest allowing her to stay free of charge as she helped around the house. He approached the council for help get her out of his property but they refused, and instead issued proceedings against him for subletting.

We defended these proceedings on the basis that he  had not sublet the whole of the premises as he had always lived there even if  he was sleeping on the sofa. We also issued possession proceedings against the unwanted guest.

We argued that our client was a vulnerable person and Hackney had not followed their own policy of protecting adults at risk. This was supported by professional psychological reports. There was a two-day trial and after hearing evidence from our client, the unwanted guest and the housing officers the judge concluded that our client had not sublet his property and the case against him was dismissed. The judge gave possession against the unwanted guest and our client was able to move back into his premises.

This is not the first case we have done where a vulnerable adult is exploited by others looking for free housing. Councils have a duty to ensure that vulnerable adults are not exploited for their housing. This is particularly important when there is such a shortage of housing in the capital. People with disabilities, drug or alcohol problems are easy targets. It is important that they get proper legal advice as soon as any possession notices are served or people move in on them. 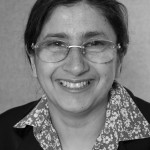