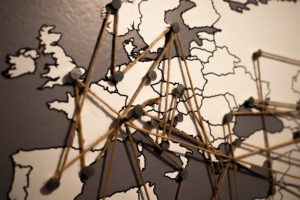 Gilbert Spurling is an expert in International Fraud cases

Gilbert Spurling acted for a defendant in the Crown Court who was accused of being involved in a multi-million-pound fraud. The fraud involved a fake investment scam covering several jurisdictions, including China and South America.

The Crowns case was that the defendant was a party to the fraud as some proceeds could be traced to his accounts. The defence case was that although there was some evidence that the proceeds had gone through his account, he was not aware of the dishonest source of the funds and absent such knowledge was not involved in the conspiracy.

After a careful preparation the trial commenced. One of the co-defendants gave evidence. Before Gilbert Spurling’s client gave evidence, a submission was made of no case to answer. The submission was successful and the case against the defendant was dismissed.

Gil acted in an eight-week serious fraud trial. The prosecution case was that the Defendant was involved in the setting up of fake companies. These companies would then hire expensive photography equipment from different jurisdictions, including the USA and South Africa. The fraudsters would then disappear with the equipment. The value of the fraud was put at millions of pounds.

The Defendant was found not guilty of all charges.