Tax Credit Fraud – No prosecution for client who was overpaid £37,000

Our client had seen other solicitors and then attended an interview under caution. She was accused of  Tax Credit fraud in falsely claiming £37,000. The allegation was that for the last five years she had been living with her husband, as husband and wife. As a consequence she should have declared his earnings. Unfortunately the evidence was strong as there were numerous documents showing  both living at the same address. Amongst the documents were bank statements, utility bills and payslips. They had  holidays together frequently.

HMRC had said that she would be prosecuted. Accordingly we took a full history of the case and it became apparent she did not have a defence. Because of the large sums over claimed and the length of time the offence had continued  a custodial sentence was a real possibility. In our view there was no doubt she would be convicted on  the evidence. Almost certainly conviction would lead to  serious consequence for  our client and her family. She worked in a position of trust and was bound to lose her job. We advised that she should offer to repay the money which she agreed. On her instructions we then wrote to HMRC setting out in detail why the case should not ne prosecuted. Our expertise in these cases meant that we found 6 good reasons not to prosecute which we set out in a long letter.

Any decision to prosecute for Tax Credit fraud will be  based on a two-fold test:

1. Whether there is sufficient evidence to obtain a conviction?
2. Is it in the public interest to prosecute?

In conclusion we argued that in view of the circumstances we had set out in our letter it was not in the public interest to prosecute.

It seems we had argued our clients case well as HMRC took the same point of view and agreed that providing repayment was made she would not be charged.

Note: Where the evidence is strong offering repayment is always worthwhile. We understand that many clients will not have the funds immediately available but it is worth considering all sources of funding including borrowing, remortgaging or other secured or unsecured loans to try and avoid being charged. 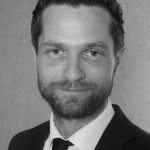 Keith Hollywood our benefits and fraud expert did this case