Possession of Crack not admissible in cannabis Youth Court trial

Laura O’Brien represented a client in the Youth Court who had been charged with Possession with Intent to Supply cannabis.  He had been riding in a car with friends.  He was in possession of a bag of cannabis. When the car was stopped his friends were found to be in possession of a large quantity of Crack Cocaine.  Our client was unaware of this. He was charged with the cannabis offence only.  He denied he was intending to supply. 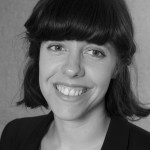 Laura O’Brien Youth Court and drugs expert did this case