Indecent exposure and the Naked Rambler – a sledgehammer to crack a nut.

One of the life affirming moments on my bike ride to work is the alarum of a Cockerel coming over the Holloway houses. He had gone silent over the Christmas break and I was concerned that the subject of my positive musings had ended up in the pot.  I was relived that he was there again this morning and my thoughts turned to another life affirming cockerel who had strutted his stuff on television last night, The Naked Rambler.

I feel I know him intimately enough to call him by his first name. Steve had been trudging the length and breadth of the country stark naked bar a huge rucksack. He only walked naked and as soon as he stopped the textiles were donned. He had difficulty explaining why he did it in the face of negative and occasionally hostile commentary but it boiled down to this: he did it to be free. Of course he also did it to show off and make a fuss and as a job – he seemed to be supported by well wishers on his journey and spent six of the last seven years in prison, some of it in solitary confinement.  We were treated to a picture, a pieta, of the naked man child in his loving and elderly mother’s arms.  In the most basic sense he was an innocent but according to the law not “innocent”.

Steve was repeatedly arrested. His Oxfordshire incarceration for Outraging Public Decency lasted two months before the charges were dropped.   The commentary did not elaborate but I suspect that there were insufficient members of the public willing to testify to their outrage once the initial shock of a male penis in full view had subsided.

It is not illegal to be naked in a public place. We have not had the privilege of representing Steve but I anticipate his prosecutions have been for exposure under Section 66 Sexual Offence Act 2003 which makes it an offence for a person intentionally to expose his genitals where he intends that someone will see them and be caused alarm or distress or under common law for Indecent Exposure.  He may well have been brought before magistrates for breach of the peace and declined to be bound over or pay any forfeit.

Whatever the basis of the prosecution  it seems to me to be oppressive and the penalties imposed entirely out of proportion to the harm done. I saw no evidence of any indecent exposure in the program.

In India there is a long tradition of men abandoning their worldly possessions and wandering the country naked with nothing but a bowl for food donations. Sometimes a thin film of ash whitens them and sets them further apart.  These sadhus, seekers after truth are respected and supported not castigated and imprisoned.

Now where is my rucksack? 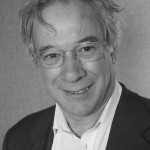