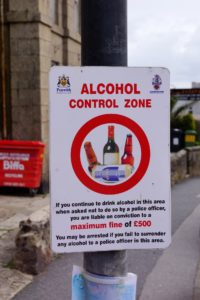 Released on licence, But Not Free

For many offenders, a prison sentence is a grim reality, a punishment that must be served, often impacting not only on a single individual but in many cases their family.

So, when the day of release comes, it is a significant moment, the door on punishment closed and a time to draw a line under the past and move on. But, for many offenders, the release from custody comes with conditions, in the guise of license terms that must be abided by, with the threat of a return to prison if not obeyed in full.

The government has announced changes to the release license regime that come into effect on 13th November 2017. These changes may mean that some released prisoners stand a greater chance of being in breach and then recalled to serve out their sentence.

Release licenses will in future be able to restrict ‘specified conduct or specified acts’. The government intends that conditions are to be put in place for particular offenders that will:

In planning for an offender’s release, a supervising officer will create a release plan including the consideration of which additional licence conditions are appropriate. These conditions are then submitted to the Governor of the releasing prison, who will review their application on behalf of the Secretary of State. Only once the Governor confirms the conditions, are they legally enforceable.

This is what the government says:

“The consumption of alcohol is a known factor in recidivism for some offenders. In 2004, the Prison Reform Trust published a paper which estimated that 63% of male offenders and 39% of female offenders within the England and Wales prison estate admitted to hazardous drinking before being imprisoned. At the same time, the estimated cost of alcohol-related crime and public disorder was £7.3 billion per year. A condition to require an offender not to consume alcohol would set an expectation for an offender on licence and compliance with that condition would be subject to recall.”

What are the risks?

The danger is that an offender released with a licence condition that they should not drink alcohol may be breached if their supervising probation officer discovers they have been drinking or if they are arrested for even a minor alcohol related offence.

Can I challenge The Licence Conditions?

To be lawful, any licence condition, standard or additional, has to be necessary and proportionate to manage the offender’s risk of reoffending and risk of harm. It is open to an offender to challenge the imposition of a licence condition by way of an application for judicial review, where the offender considers that the condition is not necessary or proportionate to manage those risks.

How We Can Help

If you wish to challenge your licence conditions by Judicial Review or if you are in danger of recall for re-offending and breach of licence we will be able to help you. In the first instance contact Jamie Ritchie or Keith Hollywood on 020 8986 8336 or use the contact from below.

Kith Hollywood one of our serious crime experts