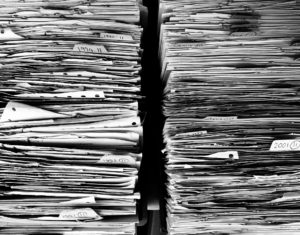 Attack is the only form of defence in criminal disclosure

Mr Allan was charged with multiple accusations of rape and sexual assault. In many respects, this would have been a classic and a challenging case for any jury. He was found not guilty without having to call any evidence.

Something significant had gone very wrong. The Director of Public Prosecutions wrote to a national newspaper and apologised for the way this rape case was handled. She has not yet apologised or written to him.

On the one side the complainant alleged that she was a victim of serious sexual crime, on the other Mr Allan said that it was all consensual.  As most sexual encounters happen in private, we often face cases where mostly it is one word against another.  But what if the key to unravelling this case was plain for all to see — requiring that the prosecution simply do their job. Well, that was the case here.

The evidence he was innocent

After the alleged crimes, the complainant sent a series of text messages to Mr Allan asking for more sex. In fact, she wanted violent sex and spoke about wanting to be raped. In a further round of texts, she made clear to a friend that no crime had been committed. This is the type of evidence which would destroy the prosecution case and it did. But, only after two years. Two years of a ‘living hell’ for Mr Allan.

Mr Allan raised the issue of text messages in his police interview, but he was ignored. The officer in the case ignored clear guidelines on disclosure and did not bring them to the attention of the prosecuting barrister.

How would we have dealt with it?

We always suspect that the prosecution will not comply with their disclosure duties. There are many reasons for this including the fact that the prosecuting authority may not wish to weaken its own case. It is all very well saying that the crown has a duty to disclose material helpful to the defence. I can say that in over 40 years of practice I cannot think of a single case of this happening to our clients because of the prosecution voluntarily providing material.

Demanding disclosure — the importance of applying to the court.

In every case where our client has advanced a positive defence we always write to the prosecution requiring them to disclose all relevant material. If we believe they have failed to do so we then pursue them further. If necessary having the case listed for mention at court. Very often the result of such a hearing is that the court make an order for disclosure.  Obviously the more specific the request the more likely the court is to make an order in helpful terms. The prosecution cannot ignore court orders to disclose material. If they do it is open to the defence to apply for the case to be stopped for abuse of process.  The more relevant the undisclosed material is claimed to be,  the greater the strength of the application.

The evidence of innocence was available at interview.

The issue in the case was always going to be, was the sex consensual?. If not it was rape. Mr Allan said at the very start that there were helpful text messages. I understand he had mentioned them in interview. In those circumstances the messages will be available from his own mobile telephone records, possibly still on the phone itself. I expect they would have been obtained.  Those messages could then have been used to persuade the prosecution that there must be relevant material in the victim’s phone records. From this would follow a further attempt to force the prosecutions hand.  If that was unsuccessful an application would be made to the court. The court would be very likely to order disclosure of the alleged victims text and phone records.

Prosecutors are servants of the court. Their job is try and ensure the guilty are convicted and, surprisingly, the innocent acquitted. That is why they must disclose material helpful to the defendant.

It was only a very late intervention by an old-fashioned barrister;  someone who believed in the rule of law that uncovered what the police had known all along, that Mr Allan was innocent. He had not committed any rape.

Not a one off.

Ideally, we would like to tell you that Mr Allan’s case is a ‘one-off’, but we cannot. Disclosure has been a problem  in criminal justice for years. This is illustrated by dozens of high profile miscarriage of justice cases. These cases are only the tip of the iceberg. The prosecution do not disclose relevant material on a daily basis. This means that every day trials take place where there is a real risk of a miscarriage of justice.

Why would a prosecutor undermine their own case?

We are acutely aware of this situation. All our solicitor’s work hard in every case to make sure that all relevant evidence is revealed. You simply cannot rely on the police or CPS disclosing evidence that weakens their case. From interview to the first police disclosure, defendants and their solicitors need to think about collecting evidence of their innocence. T.here is no doubt,  that in  a case like this with over a year between interview and charge,  we would have obtained the clients phone records at the outset.

Is it better to pay privately if you have a  rape case?

Police station representation is free whatever your means. Unfortunately, the legal aid rates for police station attendance are so poor that it is very difficult for solicitors  to take any proactive steps after the interview under caution has concluded. Solicitors are paid a fixed fee of about £220 to advise at interview.  Unfortunately solicitors do not receive any further payment.  Legal aid does not cover the important further work below.

The following work is important:

So it can be seen that defendants who wish to do all they can to avoid charge would be well advised to instruct their solicitors privately.  The fees are not prohibitive. If the case against  them is flawed in any way they will then have  the best chance of avoiding being charged. In the event of charge the work on preparing the defence will have been started early and valuable evidence identified and preserved. It can be seen that paying your solicitor privately means they can spend as much time as is needed to get to the bottom of the matter and make any representations as to charge to the CPS.

The code for crown prosecutors has a two-stage filter to make sure cases like this do not get to trial. First the case must have at least a 50% chance of success and second it should be in the public interest. It is arguable that this case did not meet the test. The text messages were central to the defence. A letter to the CPS explaining their significance may have resulted in no charge.

Moss & Co have conducted many cases where rape or  serious sexual assault is alleged. Whether your case is before or after interview, or  before or after charge you are welcome to contact  Jamie Ritchie or Keith Hollywood on 0208 986 8336 or use the contact form.

Keith Hollywood one of our serious crime experts.