The news that a defendant was ordered to pay Westminster City Council £100,974.94 has attracted attention from the BBC and national newspapers. However, almost all the reporting described the penalty as “a fine”. This is a fundamental misunderstanding of what happened. The order was for repayment of unlawfully obtained profits under section 5 of the Prevention of Social Housing Fraud Act 2013 These were not criminal proceedings, but a case brought by Westminster Council for possession of the property. The tenant was in breach of tenancy conditions by not using the property as their main or principle home.

It would have been open for the council to prosecute in the criminal courts under section 1 of the Prevention of Social Housing Fraud Act which provides:

(a) in breach of an express or implied term of the tenancy, the tenant sub-lets or parts with possession of—

(i) the whole of the dwelling-house, or

(ii) part of the dwelling-house without the landlord’s written consent,

(b) the tenant ceases to occupy the dwelling-house as the tenant’s only or principal home, and

(c) the tenant knows that the conduct described in paragraph (a) is a breach of a term of the tenancy.

But it seems Westminster did not do so. The maximum penalty is two years imprisonment in the Crown Court and 6 months in the Magistrates Court. Both courts have the power to make Unlawful Profit Orders under section 4 of the act.

We defend many cases of alleged social housing fraud and the emergence of Airbnb as a letting agent is on the rise. There are many problems faced by tenants accused of letting their council or housing association homes for short lets. First amongst them is the ease with which landlords can track and trace the course of a letting. They can search Airbnb for likely unlawful sublets. Thereafter, the fraud teams can use the booking process to discover a full address. Once that has been achieved everything is a matter of record from a full history of bookings, to receipt of the rent and the tenant’s bank account. It is a crime in full view, but it is not hidden.

What is the extent of unlawful subletting?

No one knows but I do have anecdotal evidence. I was speaking to a social housing property lawyer. They described to me an operation where all the staff of a social landlord were told to check every property to see if there was subletting. The results they said, “were as expected”. “What was expected?”, I asked: “Twenty to twenty-five percent” came the quiet, even hushed reply.

What happens when a subletting is discovered?

The landlord will investigate. If they believe they have evidence to support the subletting they will issue a notice to quit or a notice seeking possession. We frequently advise tenants accused of subletting at this stage. In many cases the evidence against them is thin. Their children or relatives have answered the door. Friends have been staying whilst they were on holiday or absent for work. When this happens, we collect evidence to show that the property is the tenant’s home. We then use this evidence to make representations to the landlord to withdraw the notice or take no action on it. If this fails, then we defend the case to trial if necessary.

What if there has been subletting?

The key issue is again evidence. Much of the evidence is often weak or inconclusive but there are real dangers that the landlord may improve their case. We are often consulted by tenants who have been asked to provide bank statements or other documents. This can seem an innocent request designed to prove residence. It is anything but and urgent legal advice should be sought before anything is disclosed. Time after time tenants tell us there is nothing incriminating. We go over the documents and find entries such as “Rent” against a credit of say £1200. Or unexplained cash deposits on the same day each month.

In some cases we are able to persuade the landlord that they cannot prove subletting and that a tenants absence was perfectly legitimate. In others the weight of the evidence is so strong that if the tenant persists in trying to retain the property they are at risk of prosecution or a claim for possession plus, in either case, an order to repay profit under section 4 or 5 of the Prevention of Social Housing Fraud Act 2013. In these cases, tenants often wish to negotiate a surrender of the tenancy, and we have acted in many such examples. Landlords are pleased to get their property back. This is because court proceedings are expensive, uncertain and time-consuming so landlords are keen to get the case over as soon as they can.

Sometimes a case is already under way or the landlord has the bit between their teeth. Fraud investigators and Housing Officers quite often treat these cases very personally and can drive along even relatively weak cases. Then if the client is sure of their ground and has the funds or is eligible for legal aid we fight the case with all the tools at our disposal. Narinder Moss conducted one the leading cases: London Borough of Southwark v Ibidun [2017] EWHC 2775 (QB) (19 October 2017)  and many more.

Subletting is on the rise in Shoreditch and Hackney

One thing is certain, more and more cases are coming to light. East London especially Shoreditch and Hackney have been mentioned by landlords as subletting hotspots, and we expect the number of investigations and cases we are asked to defend to increase.

If you have an unlawful subletting case call Narinder or 02089868336 or e-mail her on narinder.moss@mosslaw.co.uk 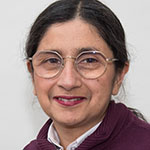