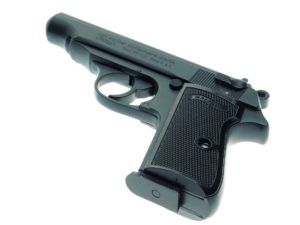 Gun amnesty? If the gun has been used in a crime further investigation will follow.

A good opportunity to surrender guns without a licence but get advice first.

A two-week gun amnesty began on 13TH November across the UK. In this period people will have an opportunity to dispose of firearms and ammunition safely, with ‘no questions asked’. Six thousand guns were handed in during similar amnesty in 2014.

Who are the police reaching out to?

The amnesty is directed at two groups of people. Firstly, those who know they are in possession of illegal weapons or ammunition. Secondly those who are keeping a weapon without realising its illegal status. On the other hand, they may know the weapon is illegal but they are too frightened to do anything about it. The amnesty is a chance to put things right without risking prosecution.

If I have a weapon what should I do?

The instructions are to ring 101 and tell the police. They will either direct you to take it to a nominated police station or arrange for its collection.  You may wish to seek legal advice before doing so. This will enable you and your lawyers to evaluate the history of the weapon and perhaps facilitate a smoother surrender.  You do not have to give the police any information about yourself or the weapon if you do not wish to do so.

Will, I face prosecution?

You will not be prosecuted for possessing the weapon or ammunition at the point of handover. However, it may be inspected further to see whether it can be connected to any criminal offences. If the weapon has been used in criminal activity, this may give rise to further investigation. Unsurprisingly the amnesty will not prevent the police prosecuting people for these firearms offences. This could create a real problem for people who do not know the full history of their guns. It is likely that questions may be asked and the first port of call is going to be the person who handed the gun in.

How will the police know if a gun has been used in crime?

We understand that the amnesty will not protect someone who hands in a gun in that has been used in a criminal offence. This might include a robbery or actual shooting. Guns can be linked to bullets by forensic examination. If the gun is particularly distinctive then CCTV footage might lead to its identification. This would be especially so if it had some distinctive adaptation such as an unusual shape on the stock of a cut off shot gun.

Equally fingerprints or DNA on the gun might lead back to a prior owner associated with an offence through other evidence.

How we can help?

If you wish to take advantage of the amnesty but are worried about criminal liability, then please contact us urgently so that we can give you expert advice. We have wide experience in defending possession of firearms cases. We have defended cases where the allegation has been that the defendant was a supplier of firearms to multiple gangs . In other matters we have argued that a weapon, a taser disguised as a torch was not a prohibited weapon. We have helped clients avoid the minimum five-year jail term arguing special circumstances.