Justice Secretary Chris Grayling appeared before the House of Commons justice select committee yesterday, where he faced a grilling from MPs over the government’s criminal and civil legal aid reforms.

To the obvious annoyance of both Labour’s Jeremy Corbyn and Plaid Cymru’s Elfyn Llwyd, who is a barrister, Grayling repeatedly referred to the ‘Europeanisation’ of UK justice. He used the term, in one form or another, seven times in 40 minutes. That’s more than once every five minutes, conjuring up images of shady autocrats in Brussels out to destroy Britain’s world class justice system.

What he failed to acknowledge was the menace within. It’s easy to blame the EU. Not only does it play up to Tory euro sceptics worried about Brussels diktats on bendy bananas, it distracts from the government’s own legal aid reforms – which the most senior judge in the country has warned could destroy centuries-old rights to justice and a fair trial.

This was not a point missed by a clearly angry Llwyd, who, in a very entertaining nine-minute altercation interrupted Grayling twice, asked if he had “no regard for experts in the field” and accused him of misleading the committee.

The Lord Chancellor appeared unshaken. Still, if he can handle spending time in Manchester’s Moss side – which he infamously compared to the violent US TV series The Wire – the wrath of a Welsh MP should be a walk in the park.

Grayling went on to spout his usual arguments about the “nature of the public spending challenge” and the need to reduce spending on legal aid. Llwyd accused the secretary of state of ‘misleading’ the committee, pointing out that spending had in fact been going down in recent years.

Islington North MP Jeremy Corbyn raised the issue of the Legal Aid, Sentencing and Punishment of Offenders Act (LASPO) .  The act removed many areas of civil law, such as welfare benefits, debt, disrepair claims and many divorces from legal aid. Critics have warned that it has made it more difficult for people to access justice.  Corbyn pressed Grayling on the closures of law centres and advice centres. The MP said he was concerned that his constituents simply cannot get free advice anymore, “and so have no access to justice”.

“The effect of your changes is that many people are not getting access to advice or justice. Do you accept that?” Corbyn asked, arguing that Britain was “moving away from the point of universal access to justice because of your changes”. Hugh Barrett, the director of legal aid commissioning and strategy at the Ministry of Justice, stepped in, claiming that there was adequate provision of civil legal advice everywhere in the country, except in Dorset. Grayling acknowledged that funding cuts did mean that sometimes people “have to use alternative routes rather than going to court”, but attempted to justify the move, saying, “The truth is that we cannot afford to do everything for everyone.”

The truth is, the legal aid cuts, if they go ahead in their current form risk removing access to the courts for most citizens. The cuts will destroy the universal right to a fair criminal trial thereby increasing the number of miscarriages of justice.  The cuts will wreck Britain’s world class justice system. If that happens, then Tory navel gazing over Britain’s EU membership and Grayling’s concerns over “creeping Europeanization” will be the least of our problems. 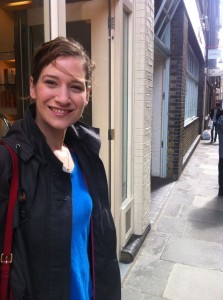